How to Sync Galaxy S9 with Outlook

People greatly anticipated the release of the Samsung Galaxy S9 not just because of the improved speakers, sleek design, or the fantastic display. The use of Samsung phones has become a lifestyle to many as it promises to deliver better convenience and more functionality with every release.Yes, you can actually wrap your entire world around your Samsung Galaxy S9, especially with the help of [...]

Nokia 6 is a new offer from a well-known manufacturer. If you had any of Nokia’s earlier devices, this smartphone might be a good upgrade option in 2017. If you have or are planning to buy Nokia 6, you might want to sync your smartphone with Outlook. If that’s the case and you are an Outlook power user, then we have a solution! Our [...]

Outlook App on iPhone – Should You Install One?

Many people use their phones for managing their email and daily schedule. If you rely on your iPhone, iPad or another iOS device to manage your entire life, you might look for a list of best apps for working with Outlook data on your smartphone. What are the most important features of a perfect iOS app for Outlook? The first things that came to mind are a [...]

After Apple’s recent announcement, we now have a great new release from Google that sets new standards for the mobile device industry. The new Android flagships are Google Pixel 2 and Google Pixel 2 XL. The smartphones are very similar with the exceptions of screen size, battery capacity, and price.Google Pixel 2 and Pixel 2 XL both come with a few new features that [...]

October 16, 2017
By Support Guides how to sync outlook with android 0 Comments
Read more... 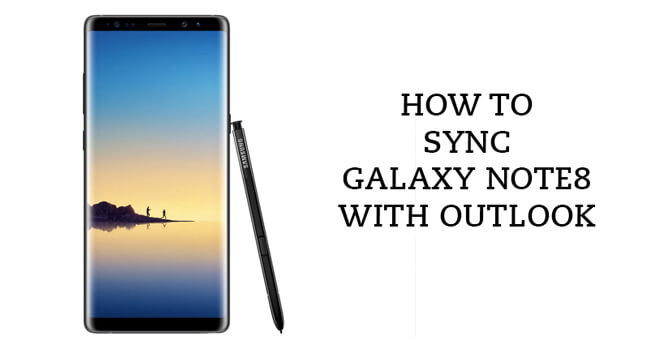 ”Do bigger things” – that’s the slogan of the new Galaxy Note8 by Samsung. The device has one of the largest screens available on the market that still fits easily in your hand. It comes in five different colors and is accompanied with the S Pen that promises a new UI experience, especially with the graphic apps.Last year, problems with previous the generation of [...]

How to sync Outlook with HTC U Ultra

HTC U Ultra is a new model of the phablet (smartphone with some tablet features) from HTC. It is considered the main competitor of the latest Huawei P10 Plus and Samsung Galaxy Note 7. Some unique features make HTC U Ultra a leader in the new generation of modern smartphones.Two noteworthy features are the secondary screen on the smartphone’s top and the new Sense [...]

How to Sync Xiaomi Mi 6 with Outlook

Xiaomi's flagships have utilized metal & glass frames for several generations. The popular Xiaomi Mi 6 smartphone is no exception as the brand continuously implements new technologies.Aside from the friendly user interface, reasonable price, and innovative design, Xiaomi Mi 6 comes with excellent hardware and a unique account management system. The only issue Xiaomi Mi 6 users face is syncing their smartphone with Outlook. [...]

The new iPhone X is a perfect combination of revolutionary design and cutting-edge hardware. With its amazing screen and ground-breaking Face ID feature, iPhone X is one of the most attractive gifts and upgrading options. There are numerous improved features in iPhone X compared, to its predecessors, but some areas of user experience remain complicated. A great example is syncing iPhone X with Outlook [...]

Sync iPhone 8 with Outlook Without a Hassle

Every new device that comes from the heart of Cupertino sets new standards in many industries. The new iPhone 8 is not an exception. With its industry-breaking design and cutting-edge hardware, the new iPhone 8 becomes one of the most desirable gifts for thousands, if not millions of people, and a perfect replacement for last year’s lineup of smartphones.This year’s iPhone is proven to [...]

How to Sync Huawei P10 and P10 Plus with Outlook

Huawei sets a new standard in performance and design with its new P10 and P10 Plus devices. New Huawei P10 can be a great alternative to iPhone 7 and Galaxy S8. If you are a lucky owner of Huawei P10 or P10 Plus, you may want to sync your smartphone with Outlook. If so, here’s a guide to do it.Sync Outlook with Huawei P10 [...]

The Future of Cyber Security Industry – Predictions for 2018

At Akruto, we are passionate about cybersecurity and all that happens in the industry. In light of numerous data breaches and hacks, we share our view on data security and privacy best standards through our product and blog.We believe that the more awareness of modern cybersecurity threats people have, the less room there is for hackers and other malicious actors to compromise people’s personal [...]

The new OnePlus 5 is a revolutionary device that entered the market with cutting-edge hardware at an affordable price. If you are one of the lucky owners and want to increase your phone’s functionality by syncing OnePlus 5 with Outlook, the following guide will answer all your questions.Our product, AkrutoSync, is tailored for syncing Outlook contacts, calendar, notes and tasks with OnePlus 5 no [...]

The HTC 11 is a new HTC flagship and one of three smartphones in the HTC Ocean series. This new smartphone is one of the most anticipated smartphones in 2017 due to its clean design and powerful hardware. Indeed, the new HTC 11 is ultra-powerful with killer features that help this model stand out from the crowd.This post is dedicated entirely to syncing HTC [...] 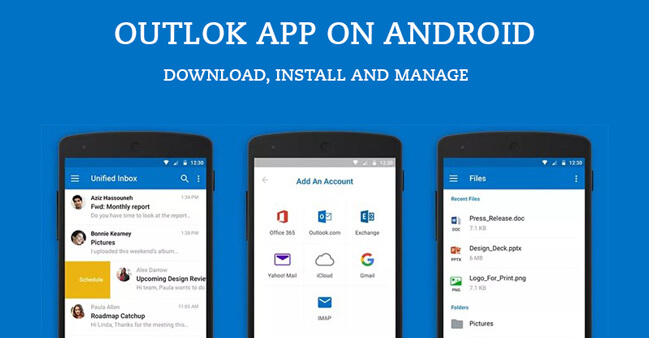 The Outlook app is usually one of the first things Android users install after upgrading to a new device. The Outlook app enables its users to sync cloud Outlook with Android calendar, contacts, and tasks, allowing thousands of Outlook power users to sync their data across all of their devices. The email managing feature was noticeably enhanced in the latest software update but still [...]

At Akruto we know how crucial it is to keep personal data private and secure. We are passionate about spreading people's awareness of constantly increasing cyber threats and how to avoid them. We believe that cyber security is one of the most challenging tasks modern society faces with the more data we store outside on 3-red party services and servers.IoT is one of the [...]

Best Apps for Small Business Owners of All Times – 2017 Edition

In the era of accelerated technological progress, the management of small businesses has become much easier. For small businesses, the use of digital technologies is not a luxury, but a vital necessity. When every person on the team is worth their weight in gold, then applications that automate important organizational issues help facilitate business processes, and enable leisure time and self-development.Now small business owners [...]

Boost Your Online Privacy: Six Go-To Apps That Do the Job

Scrolling through the deluge of articles reporting data hacks or breaches is becoming an everyday activity—luckily, there are applications to facilitate your efforts. Check out our top six recommendations that will undoubtedly become your best allies in defending your privacy and providing online security.Researching news about cyber security has become part of the daily routine for many people. The more technology evolves, the harder [...]

Outlook.com Cloud not working since MS Outage on March 21st

It turns out that after the recent authentication outage, thousands of Outlook.com users are experiencing trouble with syncing their emails on any connected devices. Whether it's time to move away from using the Cloud?The outage took place at around 10 am PDT on March 21st, but many people still experience problems with connecting to their cloud accounts. The new Microsoft authentication issue prevents users [...]

How to Sync Galaxy S8 with Outlook – The Easiest Way

The new S8 is the latest flagship device from Samsung that comes with brand new features and cutting-edge hardware. The worst problem Outlook users have with this device is the inability of Galaxy S8 to sync with Outlook without freezes and duplicated data when using a native Samsung software.Most users of Galaxy devices upgrade to newer models because they want to have the best [...]

Are DDoS attacks getting stronger?

A distributed denial of service, otherwise known as DDoS, is a malware attack directed at online services aiming to overwhelm them with traffic from multiple sources, and make them unavailable to legitimate users. From 2013 to 2015 the size of the attacks increased by an average of 30% per year. And in 2016 the attacks reached a new level in terms of size, complexity, [...]

Amazon Alexa was initially created as a voice platform to let users order items from Amazon.com through the Internet-connected Echo device. Now it seems as if Amazon planned a much greater future for Alexa. As time goes on and technology evolves, this amazing virtual assistant is getting smarter and smarter adding new skills and features to its bag of tricks.Since its inception, Alexa has [...]

Cyber Attacks in the UK – England and Wales Are At Risk

A huge wave of cybercrime has stormed England and Wales, putting businesses and laypeople at risk. As reported by the Office for National Statistics, there were over five million cases of hacker attacks registered in just one year across the victimized countries.Considering the 8% rise in cyber criminality, protecting private data from attackers, especially when it comes to businesses, becomes problematic. Radware, one of [...]

The latest security update drew a lot of attention when the news proclaiming WhatsApp security unreliable, broke on the Internet.WhatsApp Security Concerns WhatsApp data security has always been a question for all who care about their data privacy. Because of the WhatsApp’s popularity, its security protocols were on hackers’ top-target list for years. The WhatsApp security and privacy terms were static, but it appears Facebook [...]

Sync LG G6 with Outlook without the Cloud

The LG G6 is one of the first devices in 2017’s lineup, and has proven itself as a highly anticipated model among LG fans. Syncing LG G6 with Outlook should be easy, but it’s not—especially when you don’t want to store your data in Google or in any other Cloud. Most big brands push their users to adopt the Cloud without giving proper attention [...]

How safe it is to connect your smartphone to public Wi-Fi or PC? With the increasing use of smartphones, we all know the amount of personal data that can be stored in this very small device—business contacts, important notes, credit card information or even some sensitive personal data related to your location. The constant race for adding new smartphone features often leads to unanswered security questions.Any [...]